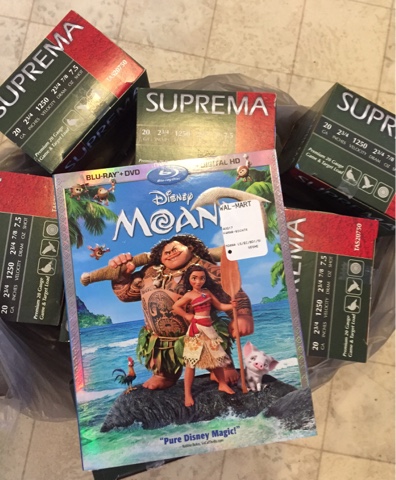 The mainstream news has me so confused these days. I’m not sure if I’m the Oppressor or the Oppressed.

I mean, while I was at Walmart today, I saw tiki torches on markdown in the garden center. I wasn’t sure whether I was supposed to be offended because of cultural appropriation, or offended because apparently by marking them down, Walmart was making it cheaper for white supremacists to light up their hate speech. Should I have bought all those torches up, so the the supremacists couldn’t get to them? Or would that just have been enabling Walmart because I gave them more money to oppress their wage-slaves in China?

While I was there, I also bought shotgun shells. Does that make me an evil firearms owner who wants minorities and children to die in the streets in order to maintain my silly “hobby”? If the shells were marked down a dollar less per box, does that make me 20% less guilty? Or 20% MORE guilty because I bought more shells for the same money? Was I oppressing Walmart workers by buying cheap? Or was I using my money to make sure they had a job?

Does any of that guilt get cancelled out by the fact that I also bought “Moana” while I was at Walmart? As a kid doc, I feel the need to keep up on the characters that appear on the t-shirts and sneakers in my office. Or am I just supporting Disney’s cultural appropriation machine?

As a “rich doctor”, what was I doing shopping at Walmart anyway? Shouldn’t I have been shopping at Whole Foods or Trader Joe’s, or someplace more “fair trade”? Does that apply even if I make much less money than the national average for my specialty because I practice in an economically depressed population, which is largely Medicaid? Does that mean that I’m NOT being victimized by the “wage gap”? Or that I AM? So am I a greedy rich doctor, or a victim of my gender, or a champion of the underserved? I’m so confused.

I’m sure that the purchase of “Moana”, does not absolve me of my guilt for being fair-skinned. I found out that I’m supposed to feel guilty and “privileged” because all of my ancestors (that I know of) came from Europe. I have ancestors who were “privileged” to have fought for the Union in the Civil War. Some were privileged enough to have been maimed for life in that war. Others were privileged enough to die horrible deaths and be buried as unknowns. But Civil War monuments are apparently symbols of hate, and not of sacrifice, so I need to start feeling guilty about that. I’ll have to put that on my iPhone schedule. But does my iPhone oppress workers in China even more than shopping at Walmart?

I also have at least one ancestor who was privileged enough to have fought in the French and Indian War – and also privileged enough to live through it. Did he steal his land in Pennsylvania from native tribes? Or were those native people economic victims of the English who “bought” the land for trinkets? Am I supposed to vacate my house and give the land back now? If so, which tribe do I give it to? And how many millennia in the past do we count their occupation of the property? Once I give it all back, I’m not sure if I’m supposed to move back to Germany or England? Whose property there am I entitled to? Can I ultimately sue the Vikings?

Speaking of property, if I look far enough back in the family history, there is a Last Will and Testament from an ancestor, who bequeathed to his wife her own kitchen utensils. She wasn’t considered enough of a person by law to be anything other than her husband’s property, so she wasn’t entitled to keep any of her own stuff. It all belonged to her husband. Does that fact mean that my gender (or is it “sex”? I forget which is the correct term these days) is inextricably linked to my ancestress’s (is that even a word?) suffering? Did she even know she was suffering with a husband and children on what was then the frontier? Or was she too busy living her life to ponder her oppressed state? Should I have marched in a pussy hat after all?

But that brings me to ponder that if any part of my acceptance to medical school was because I was female, does that make me deserving as an oppressed gender (or is it sex?), or does it make me an oppressor because some man was perhaps turned down for the spot I received? Was I owed that spot because my 5 or 6 times great-grandmother didn’t have any rights? Or did I get the spot on my own merit?

And was that “merit” because I was “privileged” enough to be smart? Or because I was “privileged” enough to be self-motivated to go back to school as a divorced mom? Or was it the “privilege” of my 12-year Catholic education? Does my former Catholicism cancel out my “white privilege”, and make me a victim too – because white supremacists hate Catholics just as much as they hate everybody else?

All this thinking is giving me a headache. Maybe I need to create a scorecard where I list my privileges and my victimhoods, so that I know which one I’m supposed to be, and when. I’m just so confused. I need somebody to tell me what to think. Maybe I should ask the Internet.