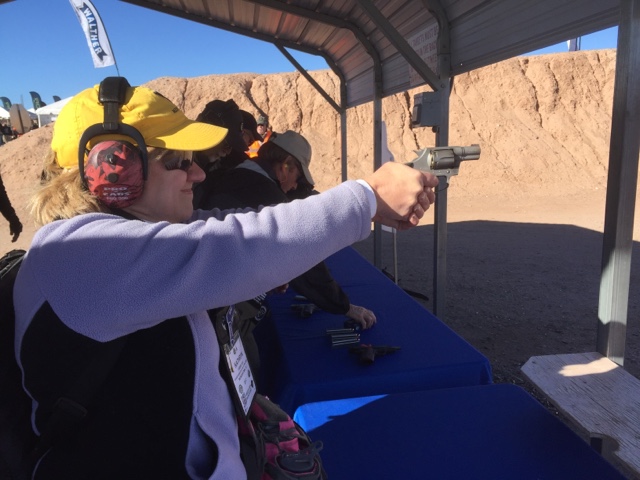 Apologies for not being as on-the-ball as I have other years. Normally, I’d have had two blog posts up by now. For some reason this year has me more tired and brain dead than other years. I have been posting a few short updates and photos on the Facebook page, so if you don’t already follow that, you can do so here.

Or, the pen name page

Range Day was an adventure as always.

Among the firearms I got to shoot were:

Springfield Armory – everything they brought, from the Saint to the XD’s

I “could” have shot many more than that, but not everything always interests me, and I’ve had to learn to pick and choose with my time. My favorite of the day was the new iteration of the Colt Cobra revolver. (Pics) 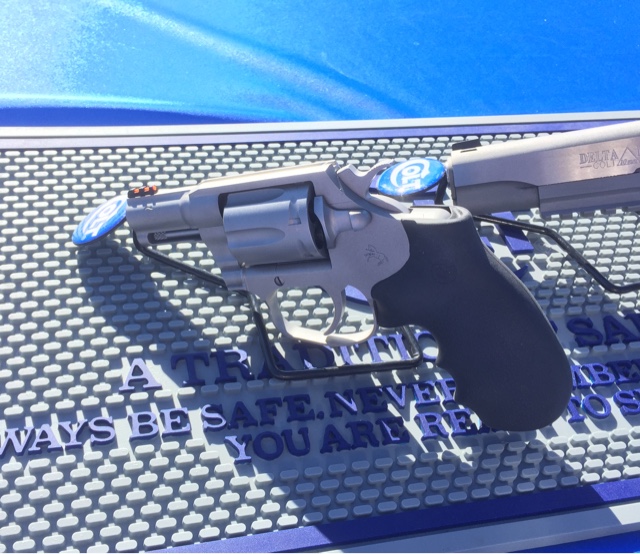 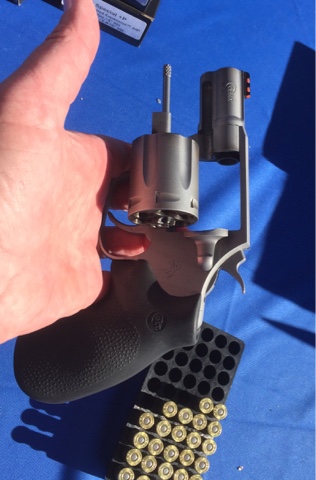 I personally liked this revolver much better than the Kimbers that have come out in the last year. Both are 6-shot short-barreled revolvers, but the Colt’s trigger felt much better, it had a better natural aim for me, (I believe that Colt has worked a bit on grip angle), and the price point was a couple hundred dollars less expensive. It is currently only available in .38. I’m assuming the .357 model will be in the pipe. I usually come out of SHOT every year with at least one gun on my shopping list, and the Colt Cobra has won that contest for me. It should be in stores by summer.

One of the other memorable guns I shot was the Hudson H9. This is a new company, working on an all-new design. The H9 is a bit of a mash-up between a 1911, and a double-stack polymer gun. The frame and grip angle are basically 1911, but they have moved the recoil spring much lower in order to bring the grip more in line with the barrel. This is the reason that the outline looks like it has a built in laser or something. ( it doesn’t). ( pic) 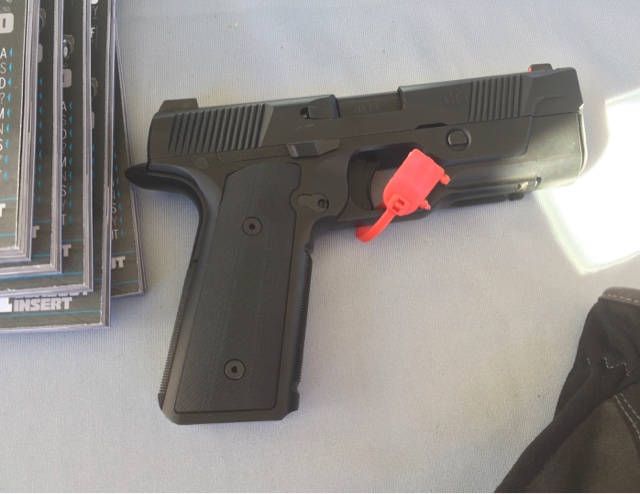 For me personally, the H9 was just “okay”, and rather “Meh”. Yeah, it was interesting and new, but 1911’s tend to not point naturally for me, and this one was no exception. I had to look around to find the front sight. Having done that though, the trigger had a nice feel, and the gun was accurate. I think the H9 might bring to solid 1911 fans, the option for double-stack striker fire in a package they are familiar with, but it’s not something that I personally plan to plunk down money for.

I also had the opportunity to shoot the M&P 2.0 pistol from Smith & Wesson. I have shot my existing M&P9 in matches for several years, so I am familiar with the existing design. They ARE keeping this design, by the way. The 2.0 is just a new addition to the line. The main things with the 2.0 are that the grip is much more textured than the previous design, it comes with four (instead of three) back straps, and the trigger is much better out of the box. You might not need to replace this one, as most people do with the stock triggers on the existing model.

Now, on to the rest of the week…

Lots more photos and comments posted on the Facebook page, listed at the top of this post.