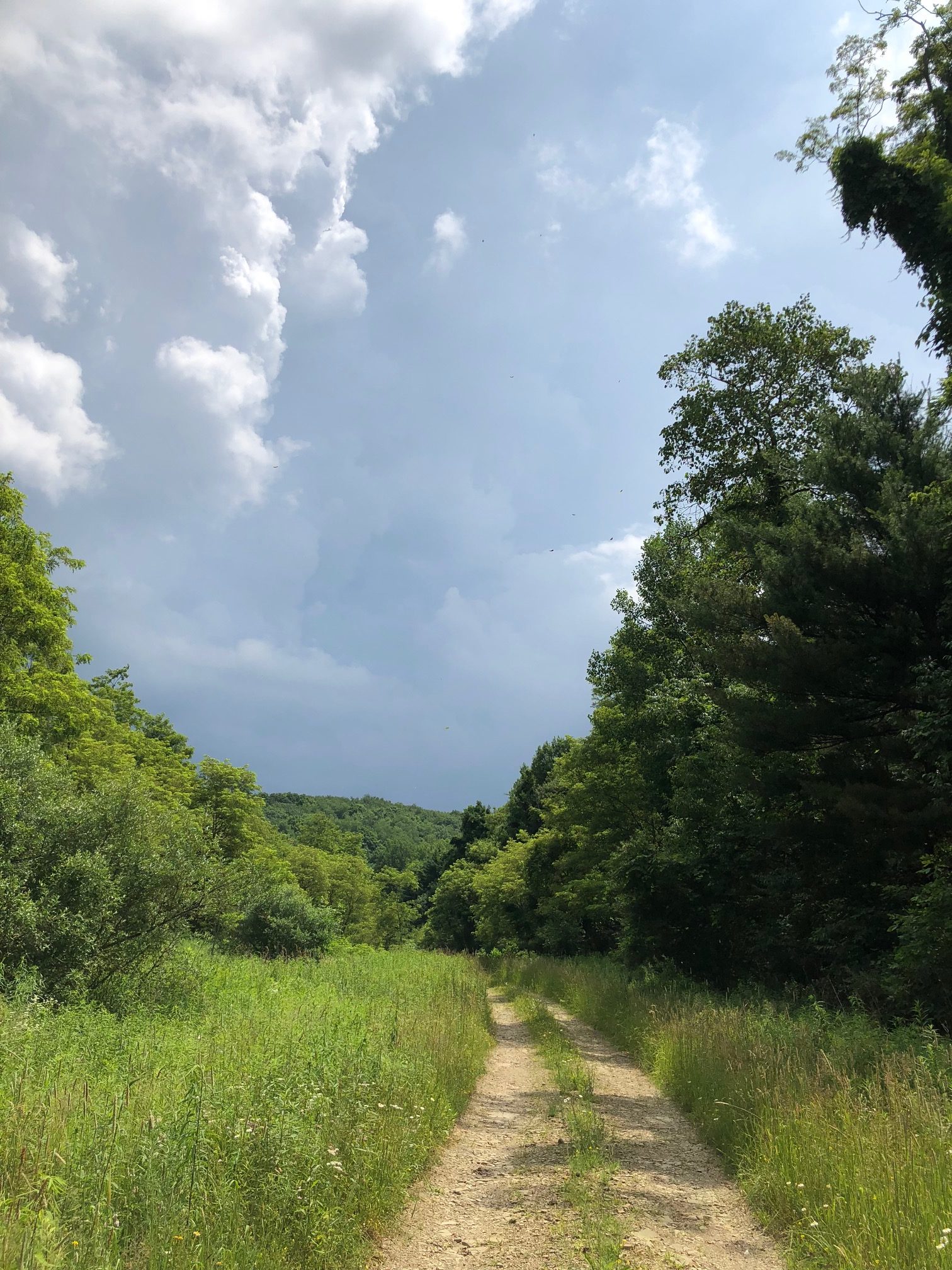 I can’t believe that it is New Year’s Eve already! 2018 flew by in the whirlwind. I’m kind a tired though, so I KNOW I got some big stuff accomplished!

The biggest accomplishment this year was being picked up as a paid writer by the good folks at GAT Daily.

Personal contacts at SHOT Show really do pay off! If I count correctly, I’ve written 52 pieces for GAT this year. You can find the link to those pieces here. Don’t get me wrong – none of it is great literature. But when I look at the binder of articles I printed and saved – two per plastic sleeve – I can’t help but feel a surge of pride and wonder how all of those words came out of MY tiny brain!

On the private life front I experimented with indoor gardening this year. I have a large south-facing slider door and decided to see what kinds of vegetables I could grow in pots INSIDE – so as to avoid bugs and sunburn. What started out as a few cherry tomato plants soon morphed into plant experiments so numerous that I had to buy three sets of wire shelving for the windows to keep everything I had in the sun.

The successes were: Tiny Tim cherry tomatoes, various varieties of leaf lettuce,  Sugar Ann snap peas, and spinach, plus herbs like rosemary, mint, oregano, and lemon thyme. Less enthusiastic were: carrots and onions. I also tried a few corn plants outside, which worked pretty well, but the outside potted tomatoes mostly became deer snacks. (Another plus for indoor gardening.)

The “catch” to all of this was that I set a goal for myself to spend as little money as possible. I did buy the shelves (on sale), and I did buy some initial potting soil and seeds. But the “pots” I used ranged from toilet paper tube starters, to repurposed plastic popcorn and peanut butter jars, to after-season Easter buckets on sale for 25 cents apiece, and eventually shoeboxes lined with plastic grocery sacks.

I started referring to myself as “The CheapAss Gardener”, and started looking for even more ways to window garden cheaply. I read that you could reuse old potting soil if it was amended with compost. Then I read that it was possible to compost indoors – and I was off to the races again. I started garage-composting in black contractor bags, using kitchen scraps and shredded old bills. As of this writing, at least six seven-gallon buckets of shredded taxes from the 1990’s and current junk mail have gone to create new soil rather than to the landfill. It tickles me to no end when I open up those bags and smell “forest floor” rather than “garbage”. It works!!!

On the professional front I studied for, stressed over, and ultimately passed my mandatory ten-year medical board recertification exam this fall. That was one huge load off my shoulders, and I can hopefully retire before anyone requires me to do that again.

Outdoors-wise I’ve spent my year learning about a 100+ acre piece of property, which according to my game camera supports not only deer and turkey, but also grouse and bear. 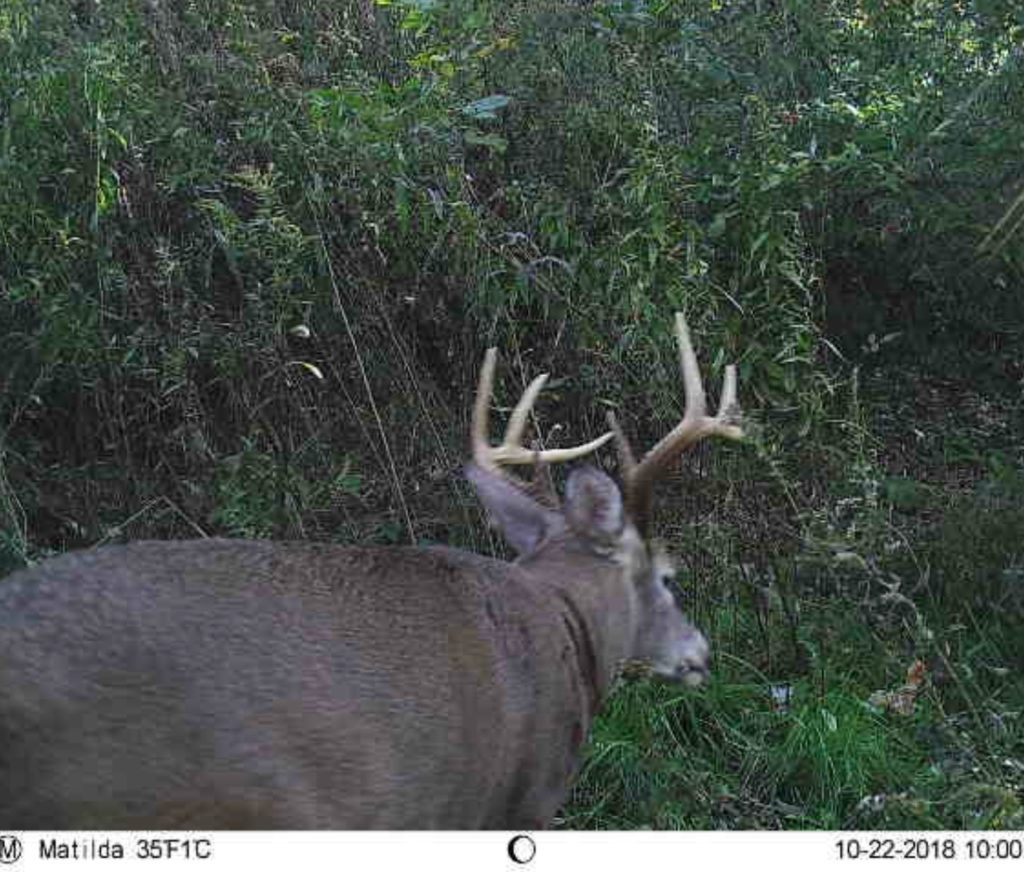 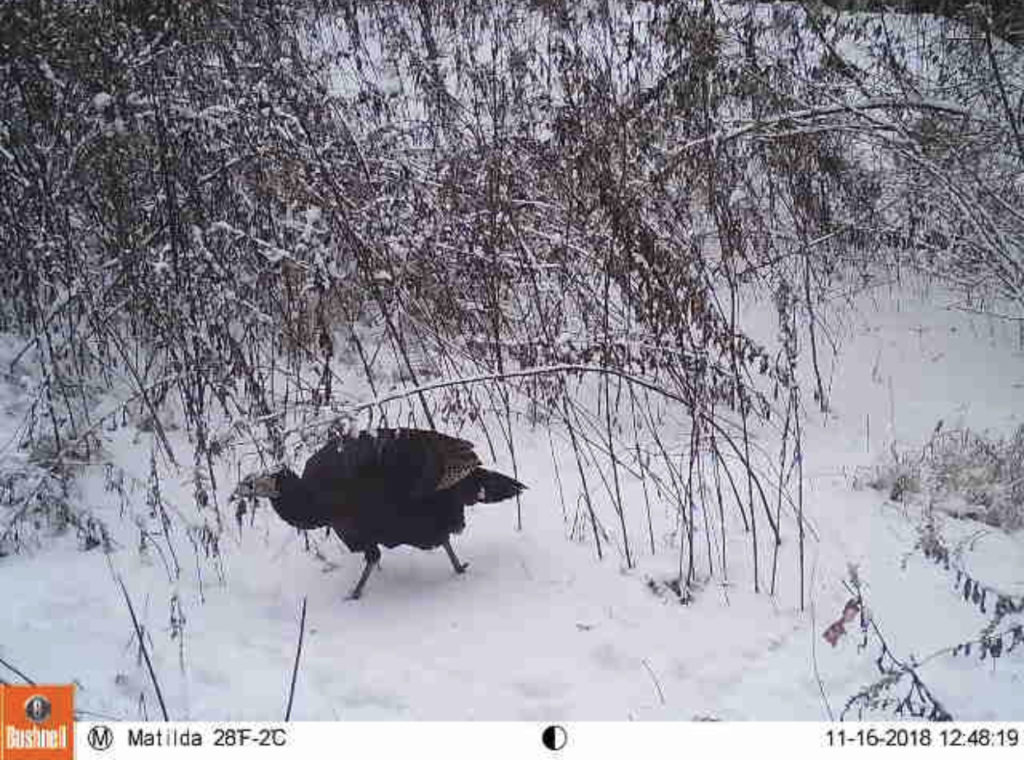 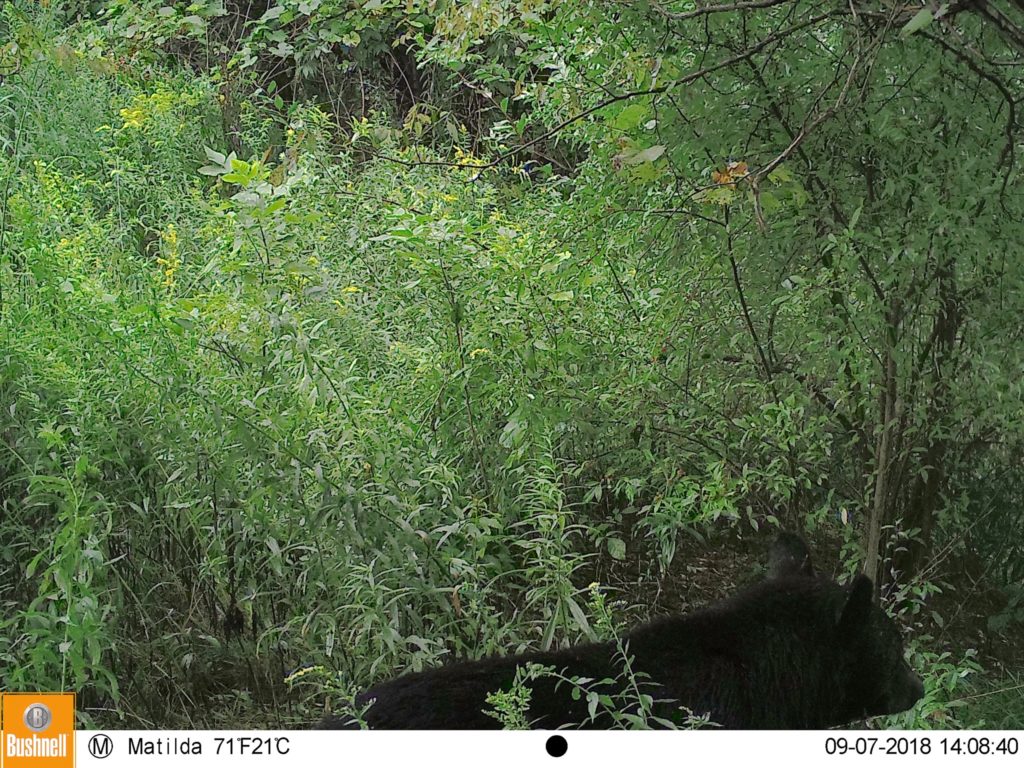 I’ve written both here and at GAT about going turkey and deer hunting by myself. I’m exceedingly grateful to my friend Ann Marie for helping me scout, and mentoring me on my first round of Turkey hunting. We all should have such encouraging mentors! That adventure is ongoing, so look for stories in the future about tree stands, game feeding, and other goals.

I’m learning a bit about wild plants and foraging while I’ve been scouting for game on the property. That’s another whole rabbit trail to pursue in the offseason for me now. I wrote here about my saga with the Autumn Olive, and I’m still eating the literal fruits of my labor. My daughter got me a foraging cookbook for Christmas, so I know what I’ll be doing in the spring! Watch for stories about  that too!

I’m still getting to know this piece of family property. I’m also learning what it’s like to deal with trespassers (some of whom don’t know they’re doing it), getting to know neighboring property owners, and granting permission for other hunters. I have a had a huge learning curve this year in that regard. But I am in LOVE with this section of ground and the family history behind it. My immigrant great-great grandparents are buried in the churchyard a mile or so away, and at noon on a still day you can stand in the woods and hear the bells from the clock tower of that same church. Though I’ve never lived there, somehow it makes me feel … home.