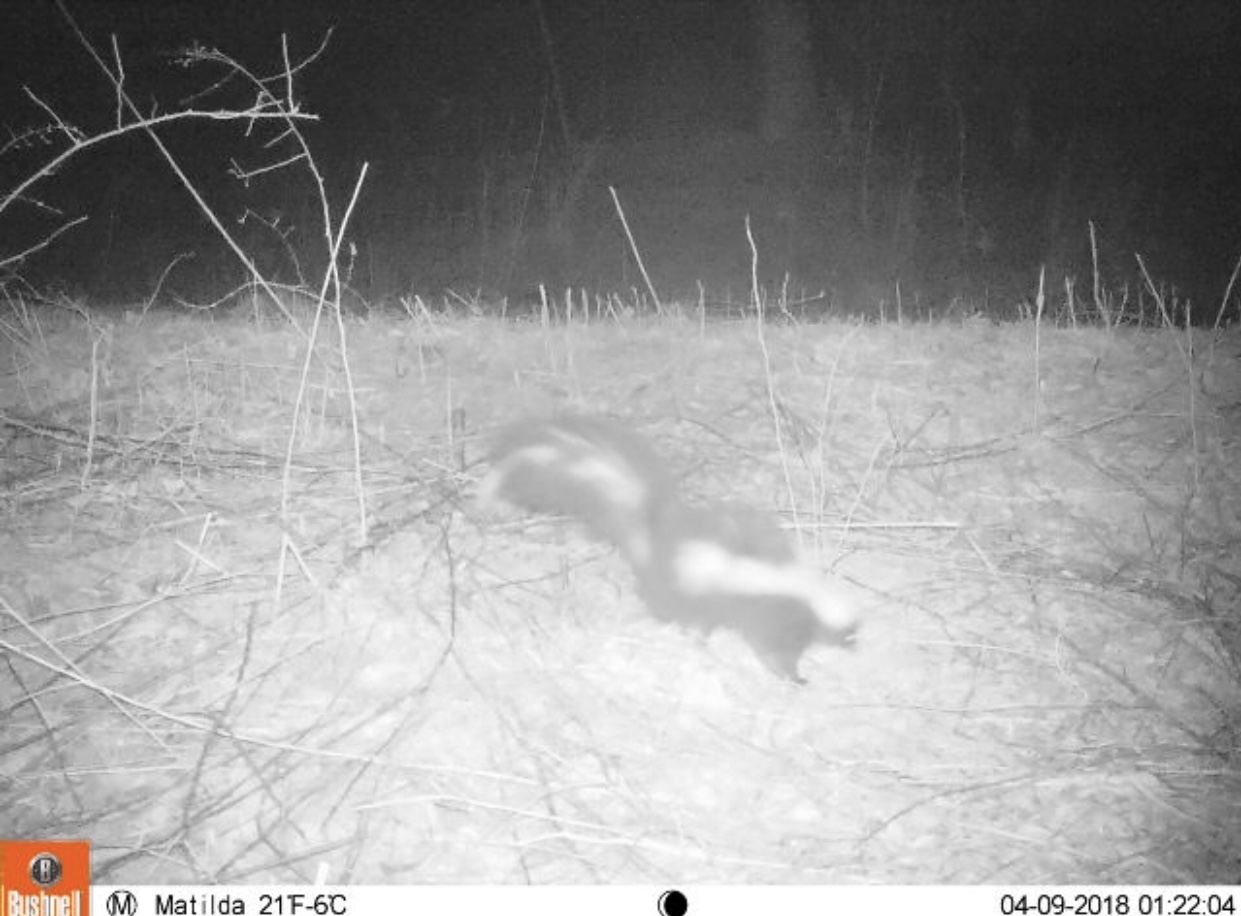 Hand Surgery and Other Fun Times

In case you don’t follow the Facebook page, and hadn’t heard, I had left hand carpal tunnel release surgery on Wednesday. Things had gotten to the point that hadn’t been able to feel  the tips of three fingers in about two months, and the EMG showed nerve damage, so it was time.

The procedure went well and was uneventful. The disadvantage to being long-time divorced though, is that one has to impose upon one’s friends for hospital rides. One of my quartet gals graciously served as chauffeur, and all went smoothly. 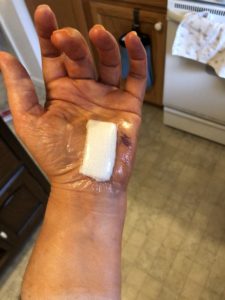 As of this writing I am at day #4. I managed a one-hand shower and hair wash yesterday morning, courtesy of a nitrile glove and duct tape. I even was able to scrub the IV tape residue from my other hand by anchoring a rough washcloth on the sink counter with my left elbow, and rubbing the back of my right hand on the washcloth. I also struggled into a pullover sports bra so I could leave the house and try driving and going out in public. I’m not going back to work for a couple more days, but if I can’t manage zippered pants by then, I might just wear scrubs. Hey, there’s gotta be SOME advantage to being a doc in here somewhere LOL!

I HAD been signed up to take Melody Lauer’s Armed Parent/Guardian course at the end of the month, but  I won’t get the sutures out until May 1st, so the timing was bad and I had to cancel. Hopefully I can pick this up at another time, because it looked to cover a defense angle that I’ve not had to deal with before. My own kids were pretty much grown by the time I started learning about guns, but I figured that as a Peds doc this was something I should probably learn more about.

So now, that I am classless (ha!) for the spring, I’ll need to find other things to work on. Obviously turkey hunting is still tops on the list. I’ll have my post-op check 3 days before I’m due to go out for spring gobbler. The plan is to shoot off of a stick, so hopefully having a weak support hand won’t be an issue. I’m trying to think positive here. 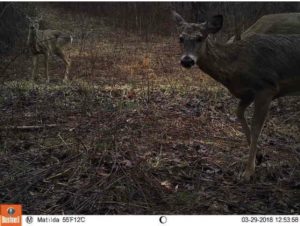 Meanwhile, I’m also having fun with the game camera that I wrote about at GAT Daily.  While there doesn’t seem to be daily activity, I do get interesting shots a few times a week. I’ve had several deer captures, a raccoon, and a skunk. I’ve also had several strings of photos with no wildlife in view. I assume the camera motion sensor is capturing blowing leaves, or even vibrations from the woodpecker holes I saw in the tree I mounted the camera on. I may move it eventually, now that I have an idea of the direction the game is moving in that area. Still no turkey though.

Another thing I decided to work on is one-handed pistol manipulation. I’ll limit myself to using dummy rounds, but I want to see what it’s like to try to load a magazine one-handed, get it in the pistol, and then see if I can rack the slide with a forearm. There must be disabled people out there who have figured out work-arounds, and I want to see how that feels for me to do that. Fortunately, my “disability” will be temporary, but I want to use it as a learning experience.

In other news, my window “gardening” continues. I’ve got cherry tomato plants coming along nicely, and I just planted carrots and lettuce seeds this week. I’ve read that you can grow them indoors, so I’m giving it a whirl. Another learning experience!

An additional new experience for me recently was appearing with Tatiana Whitlock on Lock n Load Radio’s The Weaponized Woman. I was a little nervous, but it was a great experience!

Last weekend before the surgery, I also managed to install new XS F8 sights on my Glock 43! There was a bit of swearing and filing involved, but I did it all by myself! Once I have a good two-handed grip back, there will be a review.

I think that is all the news from the LateBloomer Household for now.

You can catch up on more of my recent blather at GAT Daily. Thanks for reading!