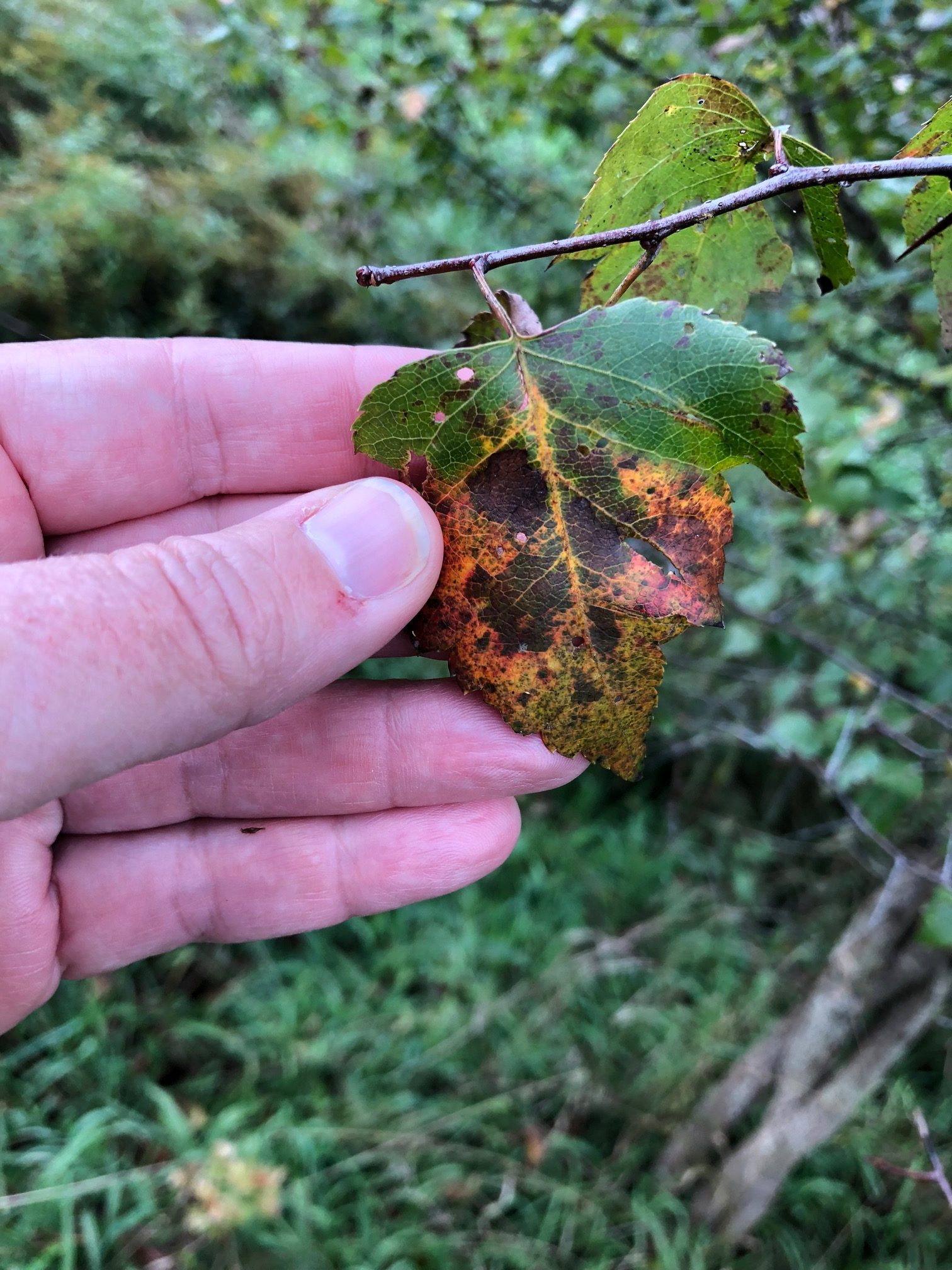 I had a glorious day up at the property yesterday! It was cold and cloudy and off/on sprinkling rain, but it was still glorious. Why? Because I was peacefully alone, in the woods, on family property and I was doing what I wanted.

I have decided that I was putting too much pressure on myself to become a “successful” deer hunter this fall. It was starting to feel too much like work and living up to other people’s expectations. Or rather, more like what I “thought” other people’s expectations were. In my little mind how I earn respect from others is through accomplishments. I was pushing myself really hard  to make this accomplishment happen. But I already had too many other things to push myself over.

It has been a pretty pressure-filled past few months for me with work, and having to take my ten-year Board Recertification Exam. (I found out last week I passed!) That’s all behind me now, so I want to relax a little. I still would like to get a deer, but I’ve decided that my new mantra for the rest of the season is “No Pressure”.

I even skipped hunting Saturday a week ago because the temps were in the 80’s. I figured the deer would be lying low in the cool cover and not moving, so I went to an old time crafts festival instead – and refused to feel guilty about it. That was remarkably freeing – giving myself permission to stop feeling guilty. I missed another IDPA match that day too. “No Pressure”. No Guilt.

The forecast for yesterday, in contrast to last Saturday, was for temps in the 40’s with showers in the morning and ending by lunchtime. Now that was more like deer weather! But my “no pressure” mantra told me that I did not have to spend $150 for a hotel to go up the night before just to sit in the rain at 5:30 AM. I would wake at home when I felt like it and plan for a leisurely departure with a rough plan to arrive at the property around lunchtime, by which time the rain should have stopped. I didn’t even get impatient behind a slow driver on the 2.5 hour drive. I was on no set schedule. I would get there when I got there. “No Pressure”.

I locked the gate behind me, changed into my muck boots (my supposedly waterproof hiking boots had failed me on a previous trip), pulled on my Walmart bargain “ghillie suit”, grabbed the crossbow and my new camo day pack, and set off through the wet weeds, down into the woods. I had a rough idea that I wanted to go to a different section of the property from where I had put the camera, but again – “No Pressure”.

I sat for several hours in the cover beneath a mossy maple tree (tree stands scare me), watching the scudding clouds, listening to the leaves rustle and occasionally being sprinkled upon  (so much for the rain stopping). As I tend to do, I started getting the wiggles when I was partway into the third hour. I just cannot sit still that long. That’s when I could feel the guilt start setting in again.

“If you start moving around now, you might as well say you’re done hunting, because you’ll scare the deer away.”

The voices in my head were determined to ruin my day. That’s when I took control back and decided SCREW IT – it’s MY day, MY hunt, and MY property – I’ll do what makes it an enjoyable day for me, NOT what the expectations in my head say I must!

So I unloaded the crossbow, took off the ghillie suit, left my gear under the tree, and went for a wander in the woods. I found a new bedding area that I didn’t know was there, and followed a game trail I didn’t know about. I stood still and watched a hawk circle and cry. I found some multiflora rose hips and a Hawthorne tree with berries. (I had to text my daughter photos for ID. I didn’t know Hawthornes had berries. So I learned something new!).

Eventually I headed over to where a friend and I had installed a blind for turkey last spring, but the weeds had gotten too tall to use it. It was in a low-lying area that because of the rain was now 2 inches deep in water. I had my muck boots on so I figured now was as good a time as any to get around to moving that blind.

So what started out as a short wander to stretch my legs turned into a blind-moving mission. I dragged that muddy wet blind (and the stool that had been in it) for a good quarter mile til I found a new spot for it near another game trail. I realize that these things are supposed to be done in the off season, but there are only so many weekends in the month. Oh well. “No Pressure”.

Once I was satisfied that the blind was “good enough” in its new location, I headed back to the tree where I had left my gear. I figured that all my activity had created too much disturbance where I was, so I moved back down to where the water was.

There is too little water in this gully to call it a creek, but there is usually at least some water in it even during a dry summer. Perhaps the word “rill” would apply. Hmm, “the rill that runs through the gully” – that sounds kind of poetic, LOL.

I took up my position in a high spot overlooking this gully, but where I could still hear the water. It was SUCH a soothing sound. I sat there just enjoying the peace for at least another hour. No deer, didn’t care. “No Pressure”.

By about 5:30 the light was starting to fade in the overcast sky, and the cold was settling in. There was a frost warning in effect for that evening. The sun wasn’t due to set until about 6:30, and hunting hours usually extend about 15 minutes past that, but I knew I had a muddy trek with uneven footing, uphill back to the car. I decided that even if a deer should show up in the fading light, that I had zero desire to track such a deer after dark, alone, and then have the gutting and dragging in the dark yet to do. Even if I DID pack a headlamp and a flashlight.

I didn’t HAVE to be the great huntress today. “No Pressure”.

I had thoroughly enjoyed my day.

And that was enough.