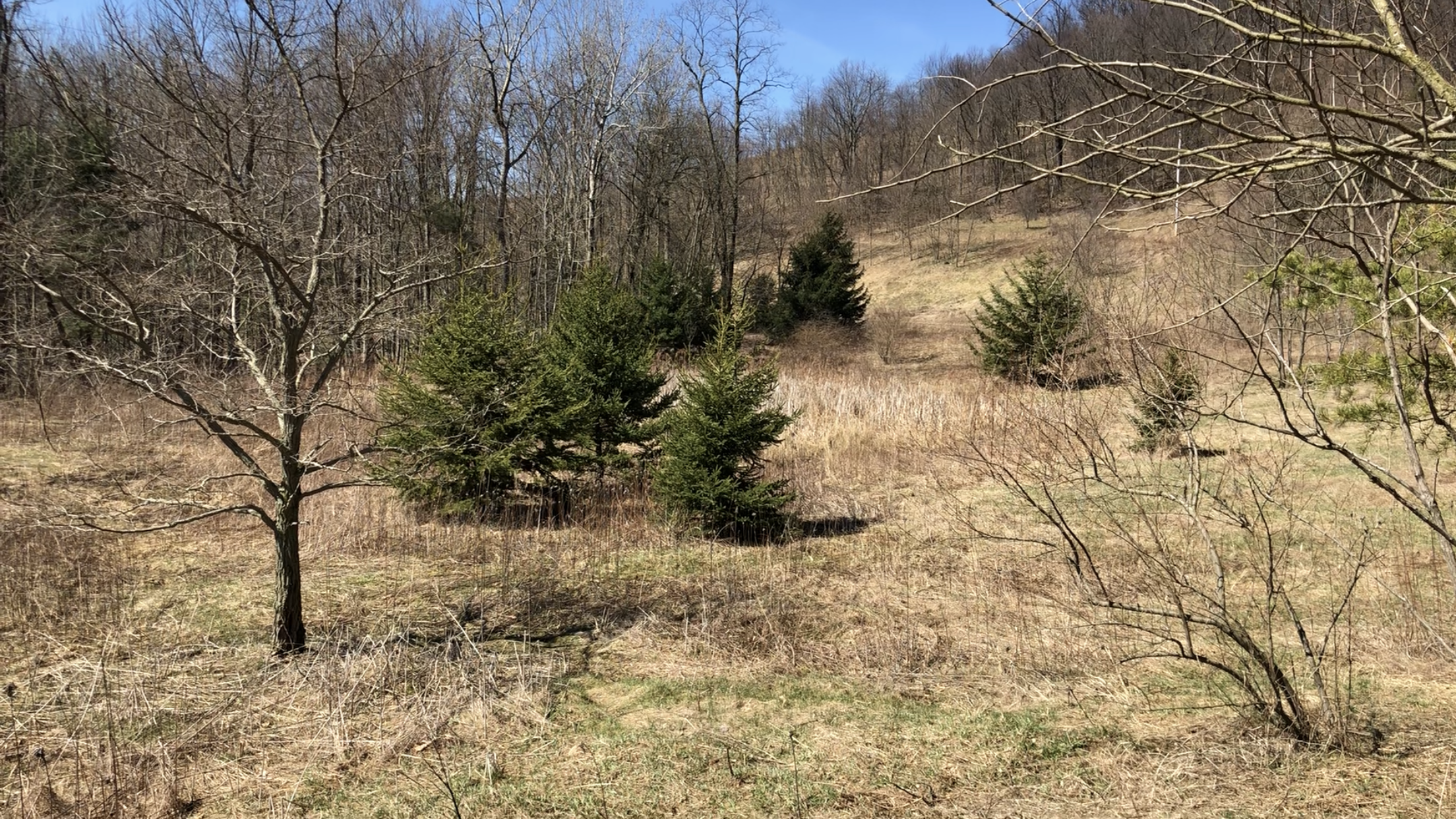 My Easter a Day Early

Yesterday I made a pilgrimage to my holy place. I’m not really a religious person anymore. I seem to have lost all of that back about 15 years ago. Nowadays I’m just what most people would call “spiritual” – not in a wacky “crystals” kind of way, but in finding my own way to feel close to God.

I tend to find God in nature, so the outdoors is my “holy place”. I’ve been to this piece of family property several times before now, and always enjoyed it, but yesterday was different.

Yesterday, just as I was loading up my daypack and getting organized at the car, I met an older man with a walking stick who said he walks the area several times a week on the gas well access roads. I introduced myself as a member of the family who owns the property.

We had a lovely conversation for probably ten or fifteen minutes, wherein he told me that he had lived in the area his whole life, and remembered when there used to be a house standing on the property back when he was a boy. He also told me that he had worked on the gas pipeline that came through there several decades ago. I told him that I had ancestors buried in the churchyard back in town, and that I wanted to hunt the property, and maybe do some camping this summer. He told me about the ATV-ers, but said that they mostly stuck to the access roads, and it was the litterers that he couldn’t stand.

Then we had another nice conversation about hunting. We talked about Sunday hunting in the state, and he told me about a ten-point buck he took with his bow a few years ago. I got out the maps I had, and he showed me where his deer stand was, and where another neighbor’s deer stand was. Then when we got around to turkey hunting he told me “There’s fifty turkeys in there, if there’s a one” and how he used a mouth call himself, but a slate call would be a good choice. He looked at the names on the property map and told me which families he knew. He also said how pleased it made him that somebody was interested in the place again.

We exchanged names and contact information, and I hope to have some more hunting and local history interactions with this interesting gentlemen. It was such a lovely chance meeting. It was almost as if it was meant to happen and I had the “blessing” of a local now.

We said our goodbyes, I shouldered my daypack, and walked on up into the woods. I checked on my trail cam, and proceeded up into a section I hadn’t visited in over 2 years. I got quite the reward for my effort. As I rounded a bend in the road (where I also saw turkey tracks) I started to hear a noise I couldn’t quite identify. As I got closer I realized that it was frog noises coming from a marshy area ahead.

I didn’t notice this area when I visited 2 years ago, but that had been in early September after a dry summer, so the marsh may only be active seasonally. These are the things I want to get to know about the property – what happens when, and where it happens, and maybe even the ecological “why”.

I approached the area quietly, and it was such a treat to just close my eyes and listen. The spring frogs, and the birds, and feel the warm spring sunshine on my face, made me so thankful for it all … I was quite overwhelmed for a few moments. I was struck with how beautiful it all was. Over the past 50 years or so, this land had been timbered, and stripped, and had gas wells put in, and yet Nature had redeemed it all and it had become beautiful and teeming with life again. To me that was quite the Easter metaphor.

“Then He who sat on the throne said, “Behold, I make all things new.” And He said to me, Write, for these words are true and faithful.”
Revelation 21:5

This is how I spent my morning. Turn up the volume. You’re welcome 🙂