Thursday morning dawned bright and early for me. Even earlier than usual actually, because we were now on Central Time, and my body hadn’t adjusted to the (albeit small) time change yet. Honestly, even the switch to Daylight Saving Time takes me about a week to get adjusted, so my sleep was a bit off the entire time I was in Kentucky.

But the advantage to being awake early was that I had time to sneak in another cave tour before the Official Match Registration started. This time I took the “New Entrance” tour, rather than the “Historic Entrance” tour that I had taken the previous day. Imagine my surprise when the same tour guide arrived (the one I had pestered with questions for 20 minutes the previous day). Poor thing. I resolved to not be such a pedantic pain this time. I did manage to restrain myself to a handful of questions, and had an even more interesting time than the first day. Whodathunk I could combine an educational experience with a shooting match? (And this will lead me into the start of another story later.) I even met a cute critter along the way. 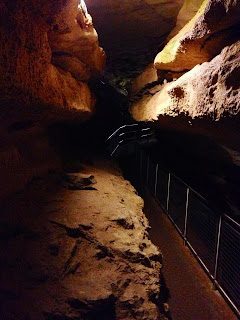 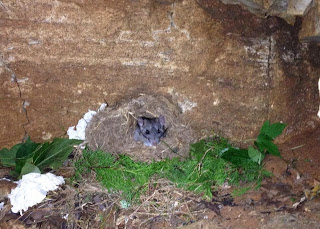 I arrived back up at Rockcastle at the appointed hour, and proceeded to check-in with Match Registration. As soon as I checked in, people started handing me stuff. Ummm… is this for me? Really?… oh, it’s “prizes” just for showing up? Wow. So, you’re saying that even if I come in LAST, I get stuff just for being here? Well, alrighty then! I win! Thanks!

Calling this haul of swag “stuff” didn’t quite do it justice. There was an overnight bag full of coffee mug, pocket knife, stickers, an NRA jacket, a flashlight and all kinds of useful gear. Then, there was the folding stool that had a cooler/insulated bag underneath. I win! And that was just the “official” match swag. Later on that evening, at the “Ladies Wine Social”, our Babes group received yet another bagful of wonderful gear from various donors and manufacturers. I wish I could remember them all to link them all here, but there was a Surefire flashlight, an Uncle Mike’s holster, a pink pistol rug, a cap from GunGoddess, hearing protection and eye protection, a pink AR magazine pouch from Comp-Tac, the list went on and on. It was seriously overwhelming.

Again, this may be just part of the routine for veterans of the shooting circuit, but for me it was kind of “Wow”. You also have to realize that in the medical world, the days of “drug rep swag” are long gone. In the years before I joined the profession it was commonplace for docs to accept trips and expensive gifts from pharmaceutical companies. By the time I got to med school and residency, however; it was getting hard for drug reps to even pay for a lunch for starving residents without jumping through hoops with the ethics committee. Nowadays the only swag one can hope to see from reps is a couple pens or a scribble pad. And even that sometimes is looked askance at. I know of one practice from a few years ago where the rep from Drug Company X brought a cake to the office. The office staff, thinking quickly, scraped the company logo off the top of the cake and ate it before the presiding doc could see it and refuse the gift! So, you can see why I was overwhelmed with all the “gifts” from the industry. It is not something I’m used to, and in fact, I felt a little guilty about it – like somebody’s ethics committee was going to come find me! Ha! That’s one of the reasons that here, in this blog, in public, I’m just “Dr. LateBloomer”. It’s our secret – mmmkay? 🙂 LOL!

So there I was, officially registered and checked-in as an amateur shooter in the AR15.COM Rockcastle Pro-Am 3Gun Championship …and not a clue in the world how this was going to work. I was immensely glad that the women from Babes With Bullets and the Pro women were going to be there to guide me through it all. Without that assurance, I’m sure that this would have been much too intimidating to attempt on my own. Even with all of my previous experience in showing up at new things alone and figuring it out as I went – even with all that already under my belt – I’m sure that I would not have attempted this on my own. I was not ashamed to admit that I wanted a little hand-holding this time.

I was getting excited about the prospect though. There was an almost carnival atmosphere at Park Mammoth Resort that weekend – from the moment one set foot on the property. The driveway up the hill from the main road was lined with huge sponsor banners. Cars and pickups were everywhere and spilling out of the parking lot. The hilltop area surrounding the Lodge was filled with vendor tents, and signs, and trailers. There was even a beer truck. On top of that was the sound of distant gunfire, as competitors sighted in their rifles farther down the road. It was a lot to take in for a big match newb, and it carried an expectant air about it — or maybe that was just me. 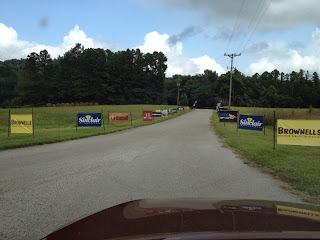 I encountered my first “hiccup” later in the day, and needed my first “hand-holding” of the event. That afternoon I arrived at the sight-in range at the appointed time, hit my rifle targets without much need for adjustment, and I was feeling pretty good. Then someone said “wait a minute, her ammo attracts the magnet”. What? What does that mean? I bought what I could find available this year … what does that mean? What does a magnet have to do with anything? If Kay and Jerry Miculek weren’t both standing there with me, I’d have panicked. I was told that because my rifle ammo attracted the magnet, that meant it had a steel core, and wasn’t allowed because it tears up the steel targets. But nobody told me anything about that in all of the pre-preparation emails from Babes – I bought what I could find – it’s been terrible this year finding ammo. I looked at Kay, and didn’t know what to do. It was apparently a detail that had slipped through the cracks. I felt  a little better that at least I hadn’t actually screwed up, but I was worried about what to do. There was an ammo vendor at the event, so I was hoping that they would let me buy some suitable ammo, since it was nearly impossible to find elsewhere. It was a potentially solvable problem, but my inner control freak was all in a dither.

I was apparently not the only Babes participant with that problem – turns out that there were several of us. But by the time we arrived that evening for the “Ladies Wine Social”, we were informed that it was all taken care of. Freedom Munitions and Michael Bane had arranged to donate suitable .223 ammo for us to use. Wow! I was so grateful! What a nice gesture! And my inner control freak was so relieved! Finally, I was able to relax and enjoy my wine that was graciously provided by Samson Manufacturing. 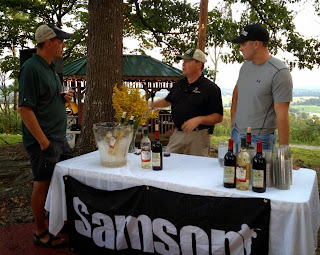 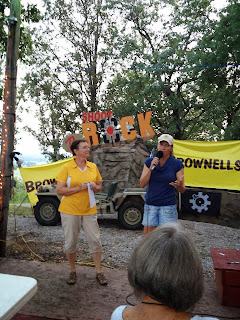 The Wine Social was where we received the news that we were part of a record-setting first. This was the largest number of women ever to participate in a 3Gun event — nearly 60 of us, out of about 500 pro and amateur shooters — when there are usually 20 or less. This was due to the efforts of the Noble Family at Rockcastle and to Babes With Bullets. They have worked very hard to encourage women in the shooting sports, and the record attendance was evidence of their success!

This event is also where we received our wonderful pink goody bags, and received our squad coaching assignments. I was in Squad 6, which meant that Randi Rogers and Lena Miculek would be our coaches and squad moms. I was very excited! I was also excited to meet my other squadmates at the social. Lots of interesting women, some of whom had connections to the gun industry already. Several had shot at least a couple of 3Gun matches before. I’m not positive, but I might have been the only one on our squad who had never, ever shot a 3Gun match in her life, and I’m pretty sure that I was the oldest woman on the squad. This was going to be an education.

Finally, after a lot of laughs and some business housekeeping, the social broke up and we all drifted off to our hotels, because the next morning was going to be very early, very busy, and very exciting!