The Gun Show that Wasn’t

I went to a local gun show this weekend. At least I “thought” it was a gun show. Turned out to be a hunting-fishing-outdoors show instead. It probably says something about me that I was mildly disappointed in this. But I sallied forth nonetheless.

One booth of calls even had a fellow who was able to do a startlingly accurate gobble with just his voice – no device required. I was impressed. I’m a singer – not a gobbler – so don’t look for that particular skill coming from me anytime soon!

I signed up for a gun raffle to benefit the local chapter of the National Wild Turkey Federation (I did just join the NWTF after all), and wandered the aisles to see what else I could see. I checked out the campers and ATV’s, perused the log cabin builders, tried to looked interested at the feeding stations, and collected pamphlets from outfitters.

And then there were the girlie booths. These kinds of events amuse me, because there are the inevitable handful of booths that are there “for the ladies”. I mean, I understand that some women are there with their husbands, and don’t really care to listen to the presenter explain how he got that monster buck. But Tupperware? Is that even still a thing? I guess it is, since there was a booth. There was also a booth of homemade soaps and concoctions, and a booth of some sort of jewelry.

I usually steer widely clear of those kinds of booths at shows like this. I guess it’s because I don’t want to be pigeon-holed. As a middle-aged, frumpy-type gal, I still struggle a bit to be taken seriously at shooting and hunting events, and tend to think that I won’t help my own case if I’m hanging out at the girls booths. I suppose that is my own issue – there’s no reason I can’t do both – but I honestly don’t go to shows to look at Tupperware.

Still, things are much better than they were even eight years ago. In the past I’ve had dealers at shows look at me slack-jawed when I politely refused their two boxes of ammo, explaining that I usually buy online by the thousand-case. I’ve had dealers ask me “who” I was buying the Glock magazines for. Yes really.

So – I tried to avoid the girlie booths. But the candy dealer got me. And I do mean “dealer”. He lured me in with the offer of a free taste of gummi bears. First he handed me a banana-strawberry one, followed by a green apple, followed by cherry, blueberry, orange creme, plain orange and blue raspberry. He knew an easy mark when he saw one. He barely let me finish chewing before he offered me the next flavor. And then he asked if I liked coffee. My mind was mulling the prospect of a coffee-flavored gummi bear, when he handed me a dark chocolate covered espresso bean. Oh. My. Gawd.

So, the “Gun Show that Wasn’t” wasn’t a total loss. In the end, I came home with a quarter pound of dark chocolate espresso beans, two packs of gummi bears … and a turkey call. 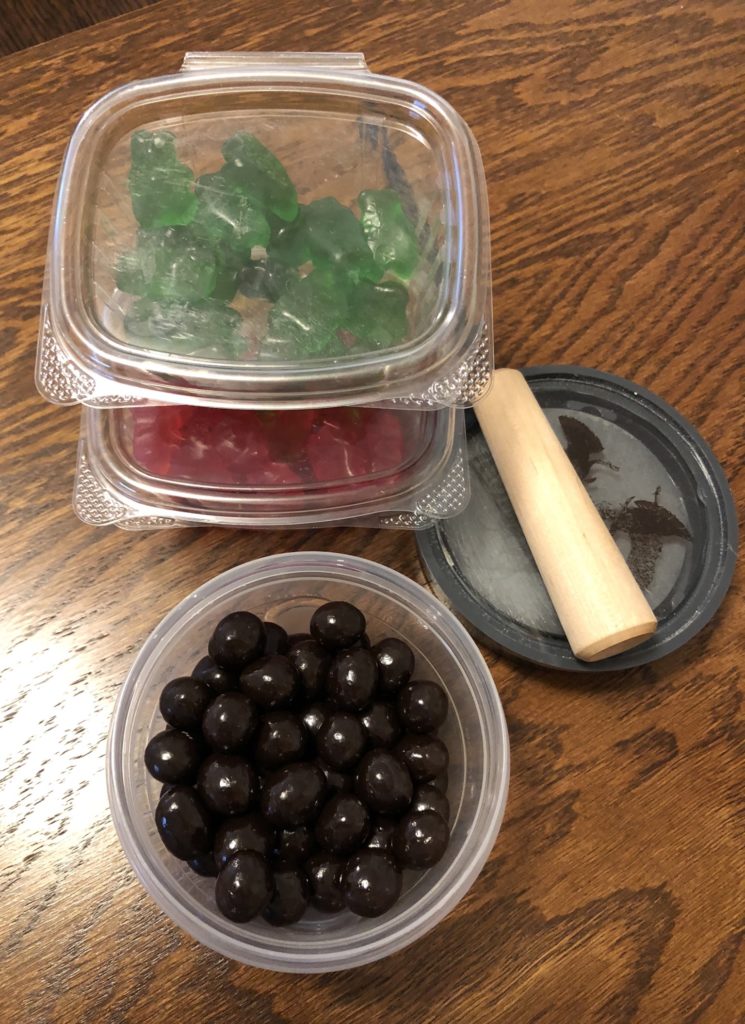